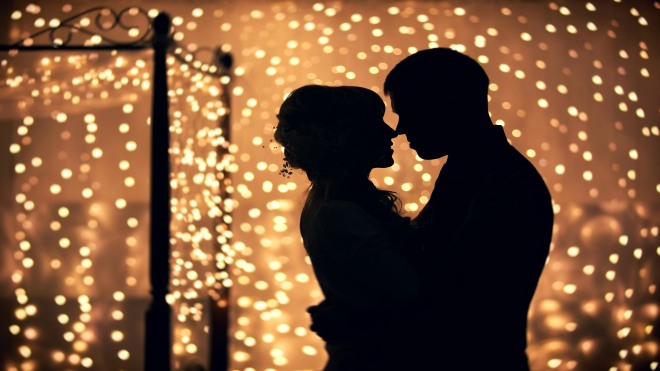 “Ohmigod, do you see that man? How did you not melt when you took his order?”
“What man?”
“Blonde pony with the black muscle shirt, you just came from their table.”
“Oh,” I didn’t look up from the screen as I printed a ticket for another one of my tables, “I must not have noticed.”
“Do you think he is a breeder or a receiver?”
That earned me to laugh out loud, “I have no idea, but if you want to take them their first round of drinks you’re more than welcome to feel him out.”
He kissed me on the cheek, “You’re the best.”

The rest of the service went the same way as before, they made jokes, I laughed, they ordered, JoNathan took them their food. My other tables were starting to take up the majority of my time as the late dinner rush was filtering in and I wasn’t able to think about anything but my tables. It was the escape I needed to relieve the tension from this morning. Replacing one ball of stress with another was my specialty.
A couple of guys sat at the only high top in my section and it was obvious that they had been pregaming.
“Hey guys, my name is Gwen and I’ll be your server today.”
“Hey baby,” the first guy said in a southern accent typical from students that grew up in the northern border of the Florida and Georgia. “What is a fine thing like you doing working in a place like this?”
I chose to pretend that he said something less infuriating.
“What can I get you started with to drink today?”
“Yeah Slick,” another guy at the table said, “A girl as pretty as you should be at home waiting for their man to come home.”
I bit my tongue so hard I thought it would bleed.
“Every Tuesday is college appreciation night so our lagers are $2’s off and we have $3 well drinks until 11 pm.”
“Three buds for us baby, and a shot of tequila for yourself.” The third guy said with a wink.
The night is almost over, I repeated to myself. You just have an hour and a half left. “Three beers coming up.” I turned to walk away and felt a swift smack on my ass. I paused not knowing what else to do.
“That’s not the only thing that’s comin’ up.” Loser number one said.
It was clear that the other tables had heard and I was undeservingly embarrassed. If it hadn’t of been for a waitress last month getting fired for slapping a customer I would have done just that. Instead, I was going to the kitchen manager to have them kicked out.
I told the table next to theirs that I would be right with them as I headed towards the back. I didn’t even make it to the kitchen door when I heard a crash.
“Damn man, what the hell is your problem?”
Dr. Volkov had slammed the guy that slapped me face first into the table. I rushed back over to the table, “What the fuck are you doing?” I asked in a whispered yell. If people weren’t looking at me before they were now.
“Apologize,” he said deeper than I had heard him speak before.
The guy with a bleeding face tried to take a sloppy swing at him but he grabbed his hand and twisted it behind the guy’s back. “Apologize,” he said again.
His other friends were about to get up but all the professors were already up and stood behind Dr. Volkov. It would have been funny seeing the motley crew of business professors surrounding the table of drunken’ losers it the situation didn’t involve me.
“Stop,” I pleaded, “They are drunk, just let them go.”
Dr. Volkov acted as if he didn’t hear me.
“Listen to the little bitch,” bloody loser number one growled.
That wasn’t what he wanted to hear so he did something to the guy’s hand and I could hear bones popping. The guy howled in pain.
“What is going on out here?” Ralph, the kitchen manager said from behind me.
The sound of smartphones shuddering made me wince more than the guy with a newly crumpled hand.
Dr. Volkov said something in Russian under his breath and the guy’s hand cracked once more.
“I’m sorry!” the guy yelled.
“And what is it that you are sorry for?” he prompted.
When the guy in his hold didn’t say anything Dr. Volkov started to move again but the guy stopped him in fear of pain, “I’m sorry for giving you trouble.”
“And?”
“And for smacking you on the ass.”
“Gwen, this guy did something to you?” Ralph asked.
I didn’t speak, I couldn’t. Instead, I ran to the back of the kitchen to the back exit. I needed fresh air.